Since graduating from the Royal College of Music in 1999 I have led a busy and varied career freelancing mainly as an accompanist. I work with instrumentalists and singers primarily in London and Essex for concerts, masterclasses, exams, auditions and competitions, and enjoy travelling when my commitments take me further afield. Much of my work is at the RCM, particularly within the woodwind and brass departments. As well as accompanying and duo work I love playing as a chamber and orchestral pianist, working with the Aurora Ensemble, BBC Concert Orchestra and RPO amongst others. 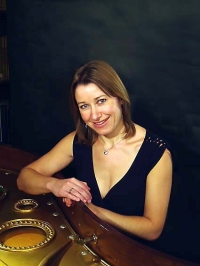