Anne had a profound impact on flute players and audiences alike. What has also always struck me about her flute playing is that she does not seem to have any technical problems that stand in the way of her natural, flowing style... inspiring talent...
Wissam Boustany, International Soloist

A joy to listen to. Clear and clean solos and bravura cadenzas... a delightful performance, with an experienced soloist.
Bridport Newspaper review, Mozart Concerto in D

Anne brought joy and calmness to the ward. An amazing performance.
The Princess Royal Hospital

Anne Allen is an extremely talented young flautist. Her performance was exemplary...she has a beautiful natural tone, but also a strong sense of colour and characterization.
Roger Vignoles, International Pianist

Their undoubted talents...springs into life with its optimism and freshness.' 'A beautiful interpretation...which perfectly illustrates their artistry and command. Superb.
Musician, Magazine of the Musicians’ Union

From the beginning Anne was professional and helped me choose the perfect pieces to help make our day so special. She played so beautifully and I was amazed how she made the flute fill the church with harmony and serenaded us all. I recommend Anne most highly to anyone who is planning such an important ceremony.
Mr and Mrs Ewing.

...the playing had great delicacy and poise... beautifully executed... considerable range of tone colours. The advanced techniques required in the flute part were managed successfully and both players conveyed the spirit of the piece and their own enjoyment of it.
Pan, (The British Flute Society Magazine).

This was the best concert I ever heard in this house" was stated independently by two members who have been coming for more than 30 years. Thankyou Anne and Chris.
Udo Bauer, Secretary, Schubert Society of Britain.

A brilliant display of technique and musicianship...theirs is a duo par excellence... They communicated the love of the music so readily.
Anthony Pither - Concerts in the West review 2008

Just a very quick line to thank you both for giving such a wonderful recital yesterday – it was very well received by everyone who was there. Just perfect! I have huge admiration for you both – you have achieved so much and deserve all the success in the world.
Gill Seaton (Eaton Concert series)

Highest praise must go, for sheer delight and effervescence, to the Ancora Duo.  Flautist Anne Allen’s dreamy tone and guitarist Sarah Freestone’s positive playing made for a delightful evening of arrangements and well-researched hidden treasures.
ANTHONY PITHER concerts in the west

Since graduating from Cambridge and RNCM (with Distinction) Anne has had a wide range of performing experience as an orchestral musician and soloist. Having overcome serious illness several years ago, Anne has emerged out of this experience with skills and strengths that have enriched her playing. 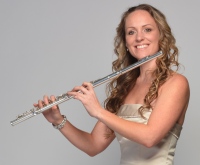