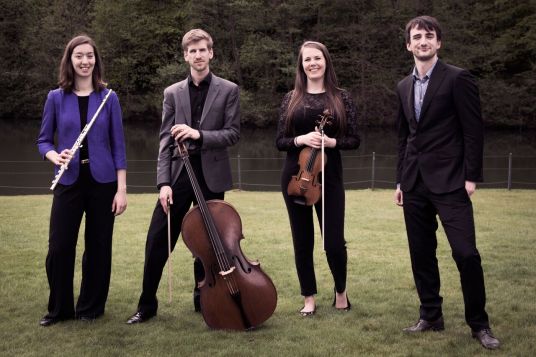 Pocket Sinfonia is reinterpreting orchestral masterpieces with the fresh spontaneity and intimacy of a chamber group. They were Brighton Early Music Festival Young Artists 2018-19, and winners of the St. Martin-in-the-Field’s Chamber Competition Audience Prize 2019. They have been broadcast on BBC Radio 3 from the London International Early Music Exhibition, and have performed at venues across the UK and Norway, including Oslo Kammermusikkfestival.

Using both modern and period instruments, Pocket Sinfonia was formed to recreate some of the atmosphere of wonderful 19th-century living room parties, where the intimacy of a chamber music performance could be applied to orchestral-scale pieces usually heard in a much larger setting. This was made possible via various transcriptions by composers of the 19th century, including Hummel and Clementi. Pocket Sinfonia has since also made their own arrangements, applying spontaneity and vigour to creations that are not merely smaller versions of great pieces, but are new and artistic in their own right.