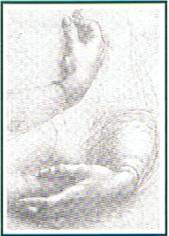 Much in demand since 1993 the Leonardo String Quartet have been much in demand for weddings, corporate & international functions.  We pride ourselves in fulfilling all musical requirements from Bach to Baccarach.  Our versatility allows us to adapt to any occasion. 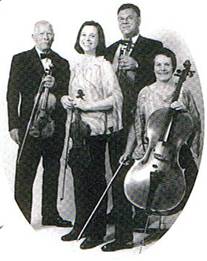 Handel :  Arrival of the Queen of Sheba

Berlin :  Puttin’ on the Ritz

Gershwin :  For you, For me, For Evermore

Gershwin :  Someone to watch over me

PATT HALLING :  Born in Tasmania and Studied at the Royal Academy of Music. Former leader Sinfonia of London. Concert Master for John Williams (Fiddler On The Roof), Maurice Jarre (Ryans Daughter), Johnny Green (Oliver) and is currently for Ronnie Hazlehurst (Last of the Summer wine).

NIGEL ROWLANDS :  Studied in Wales before moving to London in the 1980’s.  A varied career including West End Shows, film and TV recordings, Opera Ballet, Chamber Music and work with all the major symphony orchestras of London.

ERICA SIMPSON :  Studied Cello and singing at the Royal Academy of Music.  Enjoys a varied career working with the BBC Concert Orchestra, Birmingham Royal Ballet, Orhcestra of St. Johns Smith Square, and Philharmonia travelling worldwide with the 3 tenors and to Rome for the Pope’s 80th Birthday. TV and Film recordings. West End Shows including Chitty Chitty Bang Bang. Teaches at St. Pauls Girl’s School and in 2003 was made an Associate of the Royal Academy of Music.