Book this PlayerBack to Ensemble

As a member of Ovid Ensemble (oboe, piano and strings) performed in Wigmore Hall,Purcell Room and Bridgewater Hall.

Appeared extensively on BBC Radio 3 including performance of Mozart and Britten Oboe Quartets with Ovid Ensemble and featured as a soloist in their ‘Young Artists Forum’ and‘In Tune’. 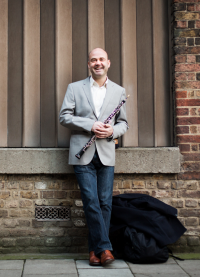