Stephen trained as a pianist at the Royal Academy of Music, where he held a Vaughan Williams scholarship.  He has had a varied career which has included performing chamber music and solo recitals as well as being Musical Director and/or pianist for a range of opera, musicals, plays and TV.
He is currently Pianist in Residence at Lauderdale House performing monthly lunchtime recitals, and has performed at most of the London concert halls in addition to appearances in France, Sweden, Ireland , Germany and the USA.

Stephen has worked extensively as a Musical Director and conductor in London and regional theatre.  He was Music Director and pianist leading a chamber ‘band’ for The Merry Opera Company from 2010 to 2016 working on new and accessible interpretations of classic works as well as new pieces -  The Magic Flute (Riverside Studios and on tour 2013 ), a ‘burlesque’ La Traviata (Upstairs at the Gatehouse London, South England tour and Malaysia) and Troy Boy (aka La Belle Helene) - all directed by Kit Hesketh Harvey); Barber of Seville; and Kiss Me Figaro and Around the World in Thirty Two Arias for which he also did the arrangements.

He collaborated with Director John Ramster to create a staged production of Handel’s Messiah with 12 singers who moved around the church throughout the performances earning regular standing ovations.  He was Music Director & Conductor for over 50 touring performances including St John’s Smith Square.

He was Music Director for Opera UK from 2005 to 2015. His role ranged from conducting full orchestras, leading chamber ensembles from the piano and solo accompaniment.  Productions included  La Traviata (London and English Tour), The Barber of Seville (Bloomsbury Theatre & Irish tour), A Night at the Opera (Ireland tour), Cosi fan Tutte (Bloomsbury Theatre and touring UK and Ireland), The Merry Widow,  El Amor Brujo and School For Lovers (also at the Cardiff International Festival of Music Theatre), An Evening with Puccini and Keep the Home Fires Burning (a World War 1 compilation)   Stephen also worked regularly with Opera UK’s soloists in chamber recitals across London.

Stephen was also Chorus Master for Jessye Norman’s concerts of Duke Ellington’s Sacred Songs at the Barbican Theatre London and the ancient theatre at Epidavros, Greece.  Outdoor work has included conducting the Mardi Gras Orchestra which launched the Mardi Gras Arts Festival and performed at the Classic FM Stage, and The Lost Colony at the 2,000 seat outdoor theatre on Roanoke Island, North Carolina, USA.

Other work has ranged from working on new musicals (Musical Supervisor for Casanova at Greenwich Playhouse & The Kings Head) and devising musical shows (Coloured Lights at Jermyn Street Theatre & Greenwich Playhouse) to 2 years at the English Theater of Frankfurt, plus work at the Churchill Theatre Bromley, Birmingham Rep, Plymouth Theatre Company, the Marlowe Theatre Canterbury, Nell Gwynne Theatre Hereford and The Swan Theatre Worcester.  Productions have included – Whistle Down The Wind, Chicago, Sweeney Todd, Side By Side By Sondheim, Barnum, Godspell, Blood Brothers, Little Shop of Horrors, Jack the Ripper and West Side Story .

Stephen regularly plays for ballet for Swiss Cottage Dance (since 2005) and Chelsea Ballet Schools (since 1999).  He also enjoys accompanying cabaret artists, and was the resident pianist for the host for Cabaret in the House at Lauderdale House from 2004 to 2017.

EXPERIENCE AS AN INSTRUMENTALIST

Recitals: Include Purcell Room, Wigmore Hall, St. Martins In The Field, St James Piccadilly, touring in Britain and appearances in France and Germany

Chamber Music: Amati Piano Trio:
Member since 1984 - concerts include Music Clubs, Festivals such as Leominster and Cheltenham, and London appearances and touring 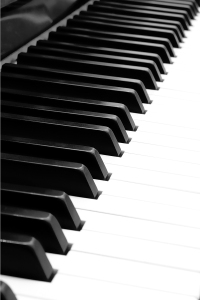